DANTE'S PRESENTS
SUPERSUCKERS with SCOTT H. BIRAM and I Can Lick Any Son of a Bitch in the House 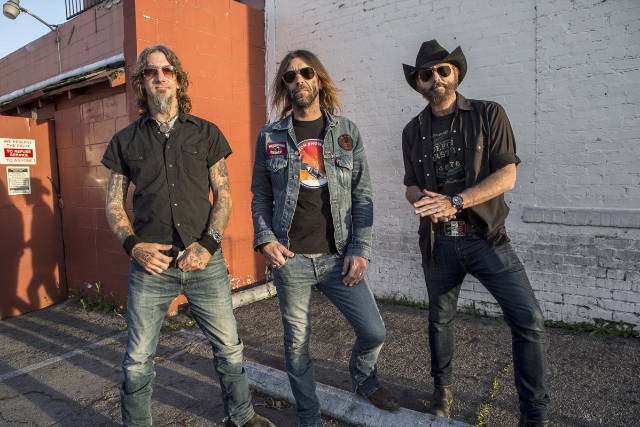 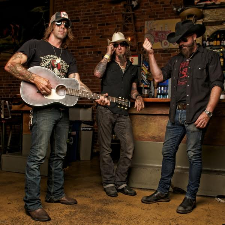 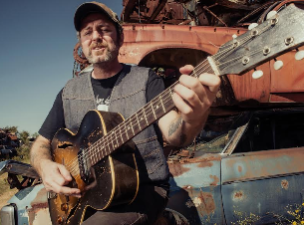 Rock ‘n’ Roll ain’t pretty and neither is Scott H. Biram. The self proclaimed ‘Dirty Old One Man Band’ successfully, and sometimes violently, lashes together blues, hillbilly and country precariously to raucous punk and godless metal.

Biram ain’t no candy-ass singer/songwriter either, sweetly strumming songs about girls with big eyes and dusty highways. His singing, yodeling, growling, leering and brash preachin’ and hollerin’ is accompanied by sloppy riffs and licks from his '59 Gibson guitar and pounding backbeat brought forth by his amplified left foot. The remainder of this one-man band consists of an unwieldy combination of beat-up amplifiers and old microphones strung together by a tangled mess of guitar cables.

Years of non-stop touring have honed his assault to a fine edge; his wide-eyed throw downs in the First Church of Ultimate Fanaticism routinely lead giddy followers to a fiery baptism.

Scott H. Biram won’t die. On May 11th, 2003, one month after being hit head-on by an 18-wheeler at 75 MPH, he took the stage at The Continental Club in Austin, TX in a wheel chair – I.V. still dangling from his arm. With 2 broken legs, a broken foot, a broken arm and 1 foot less of his lower intestine, Biram unleashed his trademark musical wrath.

“Scott’s self described ‘dirty old one-man band’ had a captivating immediacy that big rock shows rarely reach. On stage Scott is a man possessed, spitting and snarling like a Mississippi juke-joint shouter on a moonshine bender.” – Eben Sterling, Thrasher

“He has a true stage presence that could be fairly compared to that of Clint Eastwood on film. The dude’s more dude than most other dudes you will ever meet.” – Austin Columnist

“An impassioned multi-instrumentalist unleashing a brutal cacophany with the fury of someone whose check from the Devil finally cleared. Half dirty blues, half underground punk, half honky-tonk, half revival meeting…oh shut up about the math. You’ll see the light.” – Dayna Papaleo, Rochester City News

“His barbarous exorcism of Depression-era blues—with a bedrock of frantic flatpicking, foot stomps into a floor mike, and gutteral growls through a distortion mike—has made Biram a rising star in Austin.” – Brian T. Atkinson, No Depression

“Biram is the kind of guy you don’t laugh at all the way just in case he really is crazy. We all wanna be entertained, but nobody wants to get stabbed in the head with a screwdriver.” – Frank de Blase, Rochester City News

“With a raw immediacy that recalls Hasil Adkins and Bob Log III, Biram specializes in a twisted hybrid of gutbucket, hillbilly and godless metal. He’ll praise the virtues of moonshine and titty bars one minute, then tongue-lash city slickers and hippies the next.” – John La Briola, Houston Press

I Can Lick Any SOB In The House 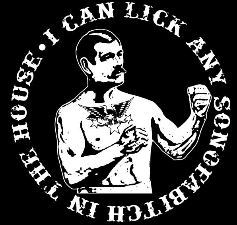