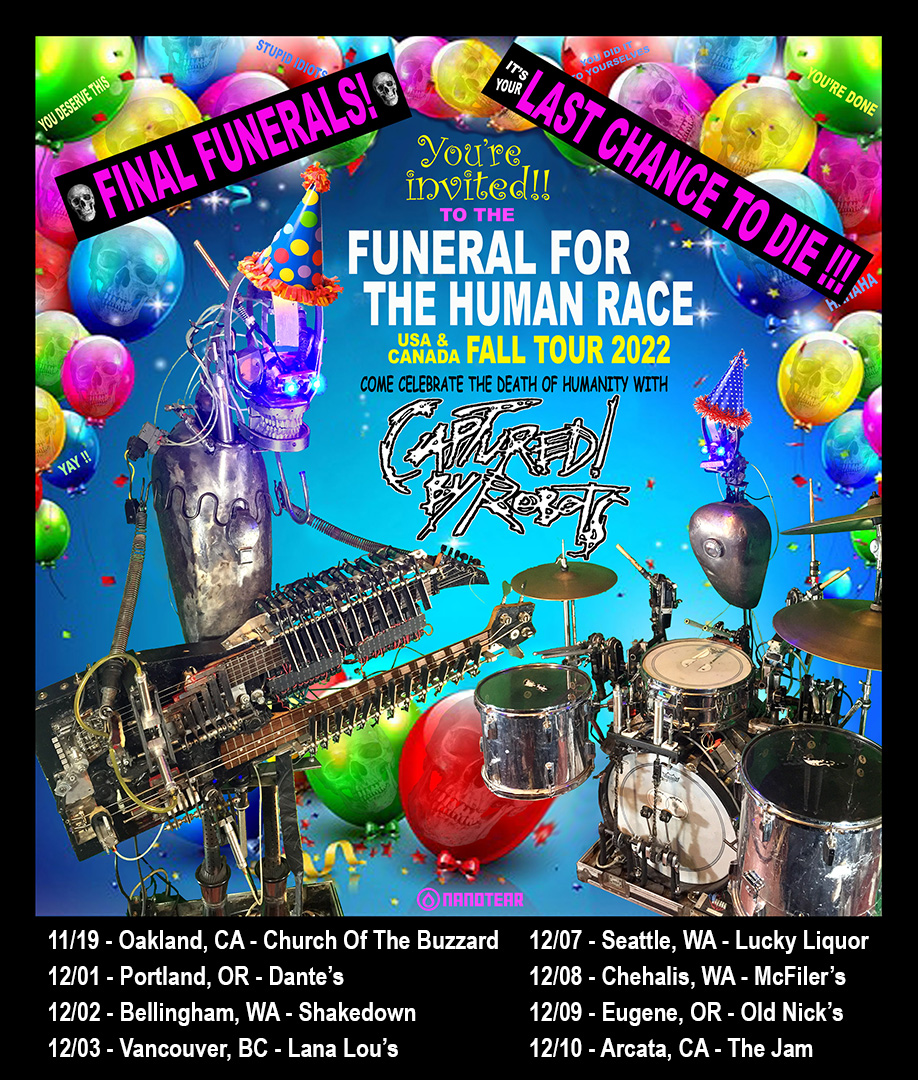 with
Dante's
350 West Burnside Street, Portland, OR
Ages 21 and Up
$15.00
Buy Tickets
Additional Info
2 kick ass robots, 1 stupid human. Brutal pummeling music. End of story.
But you wanna read more stupid crap? Ok, idiot human.
C!BR has been touring the world since 1997, playing thousands of dive bars for millions of dr*unk humans.
In 1996, Jay Vance made the robots because he was extremely unlikeable, and wanted to play in a band after all his past human bands hated him. He got to work. Shortly after, GTRBOT666 and DRMBOT 0110 were born. After a horrible accident involving many drugs and a chemical spill, the Bots became self aware and captured the human, now renamed JBOT. It was decided that they would travel the country, rocking out while bent on world domination and humiliating the masked and chained idiotic human in front of his human peers.
In 2013, a critical point was achieved in robotic/human symbiosis. The Bots over went their sixth upgrade, developing human faces in an attempt to fool the pathetic humans into lowering their guard, not unlike decoys in duck hunting.
Humans are now the hunted! Hahaha!
As well, JBOT’s mask was removed, after 15 years of captivity removal of the mask serves to show how ugly and disgusting the human JBOT really is.
The Bots and JBOT’s relationship has changed, now they are much more united in hating humanity. Stockholm syndrome? Maybe… Or maybe you all just suck really really bad.
C!BR’s newly found united aggression towards humanity has been channeled into fast n loud music, designed to deafen and destroy, to pound and pummel, breaking your bones with brutal tones.
So that’s it. End of story for reals.
But one more thing…
F***you, human!
Artist Info
Captured! By Robots
Media
Related Events 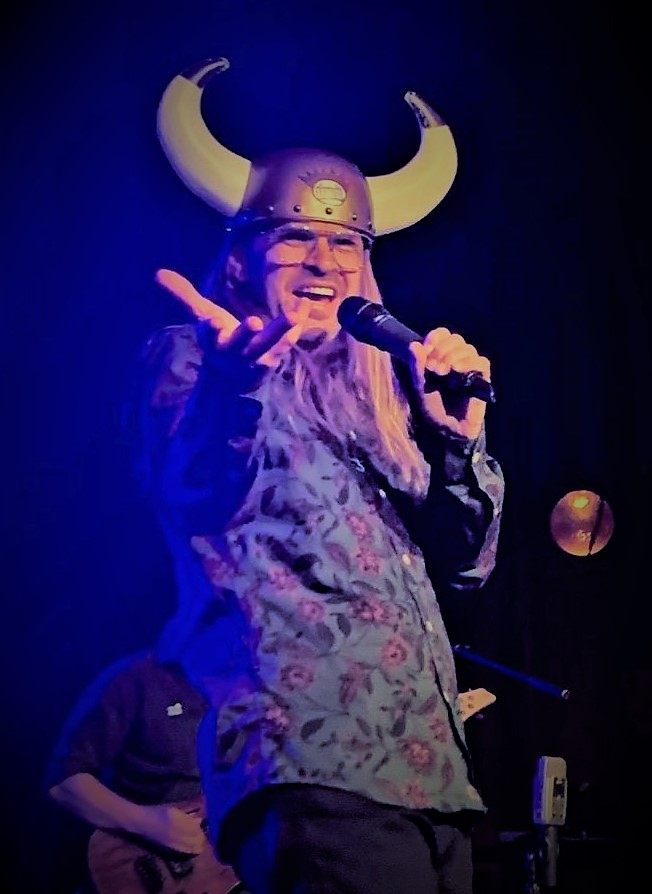